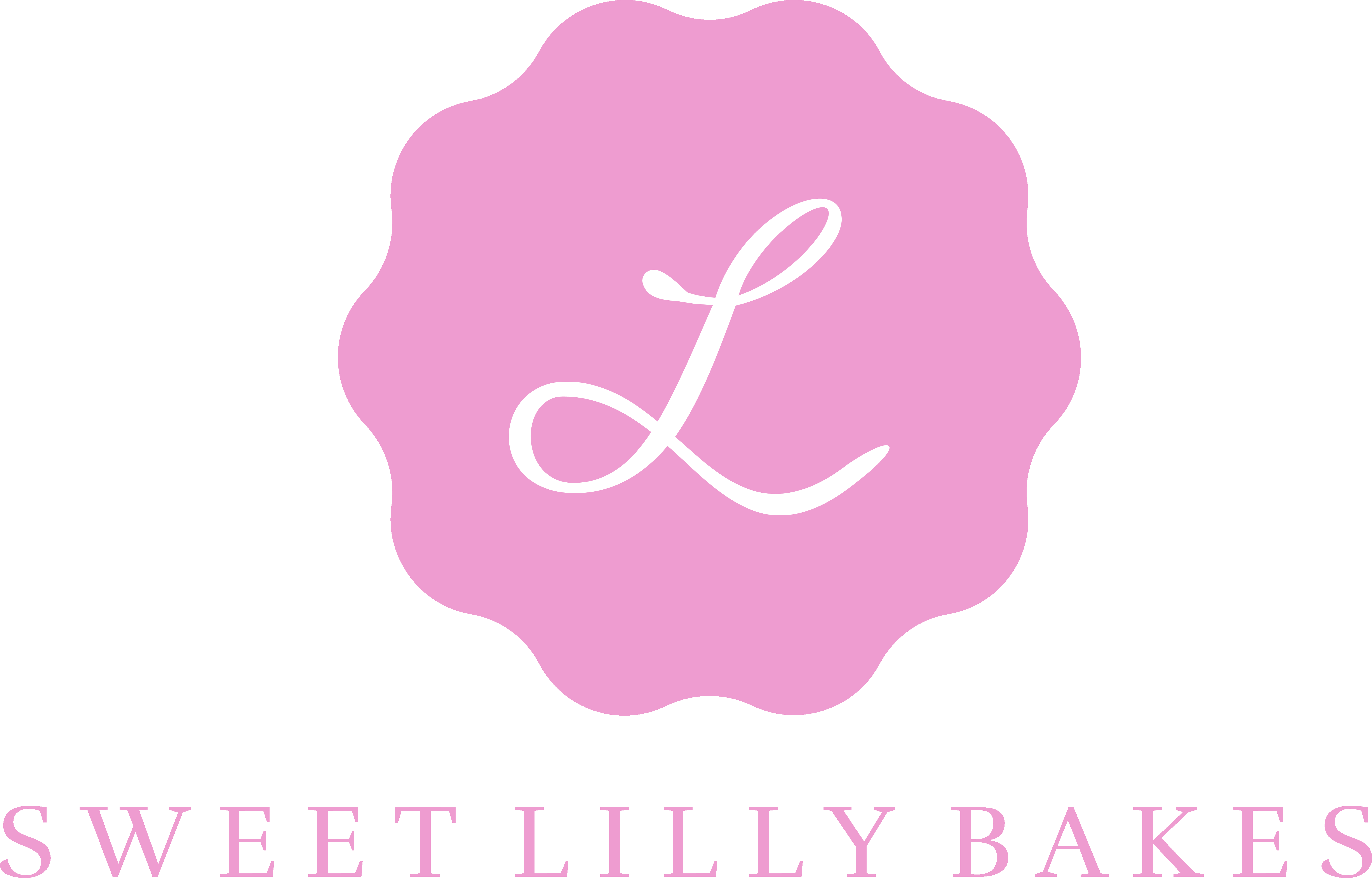 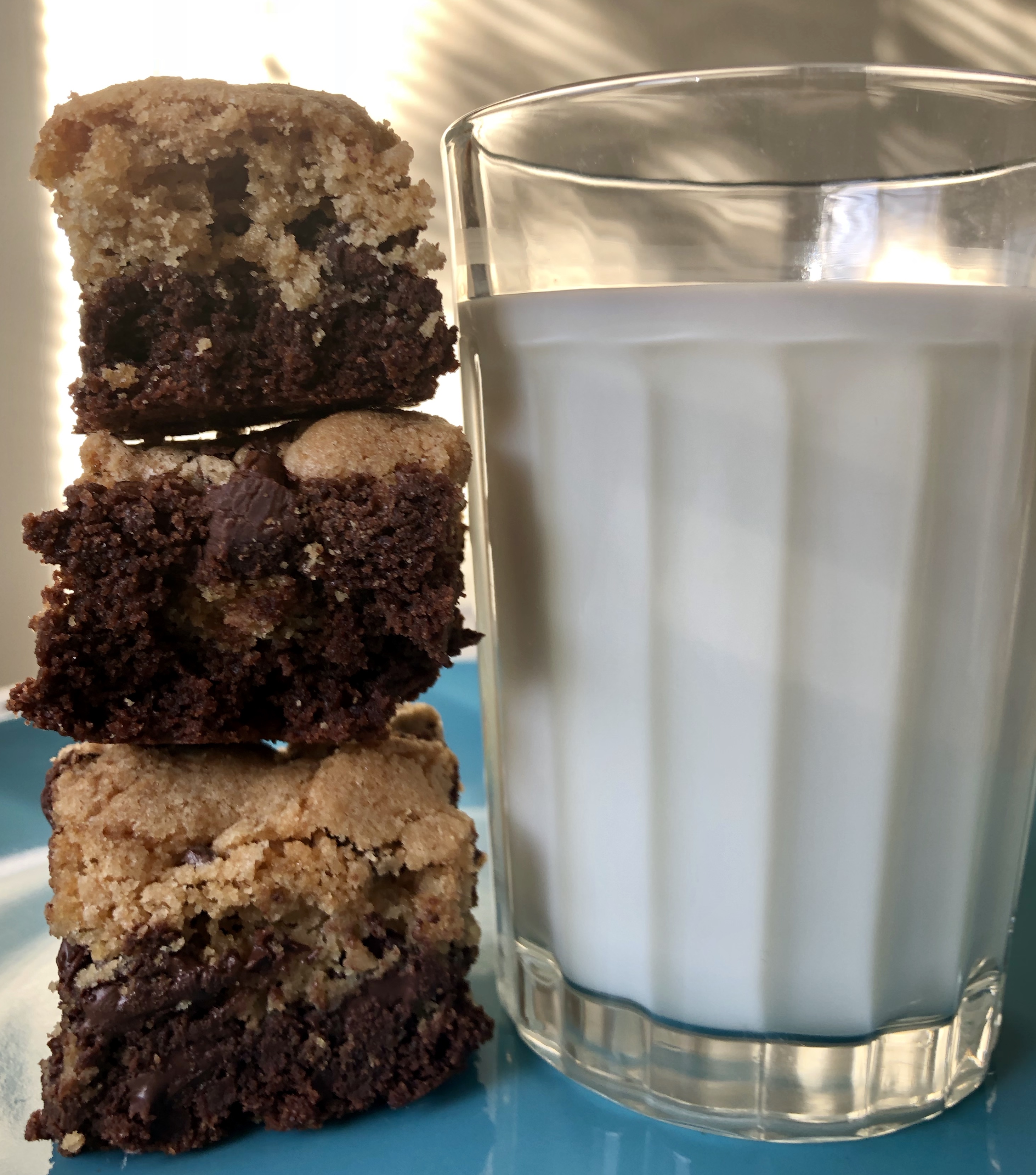 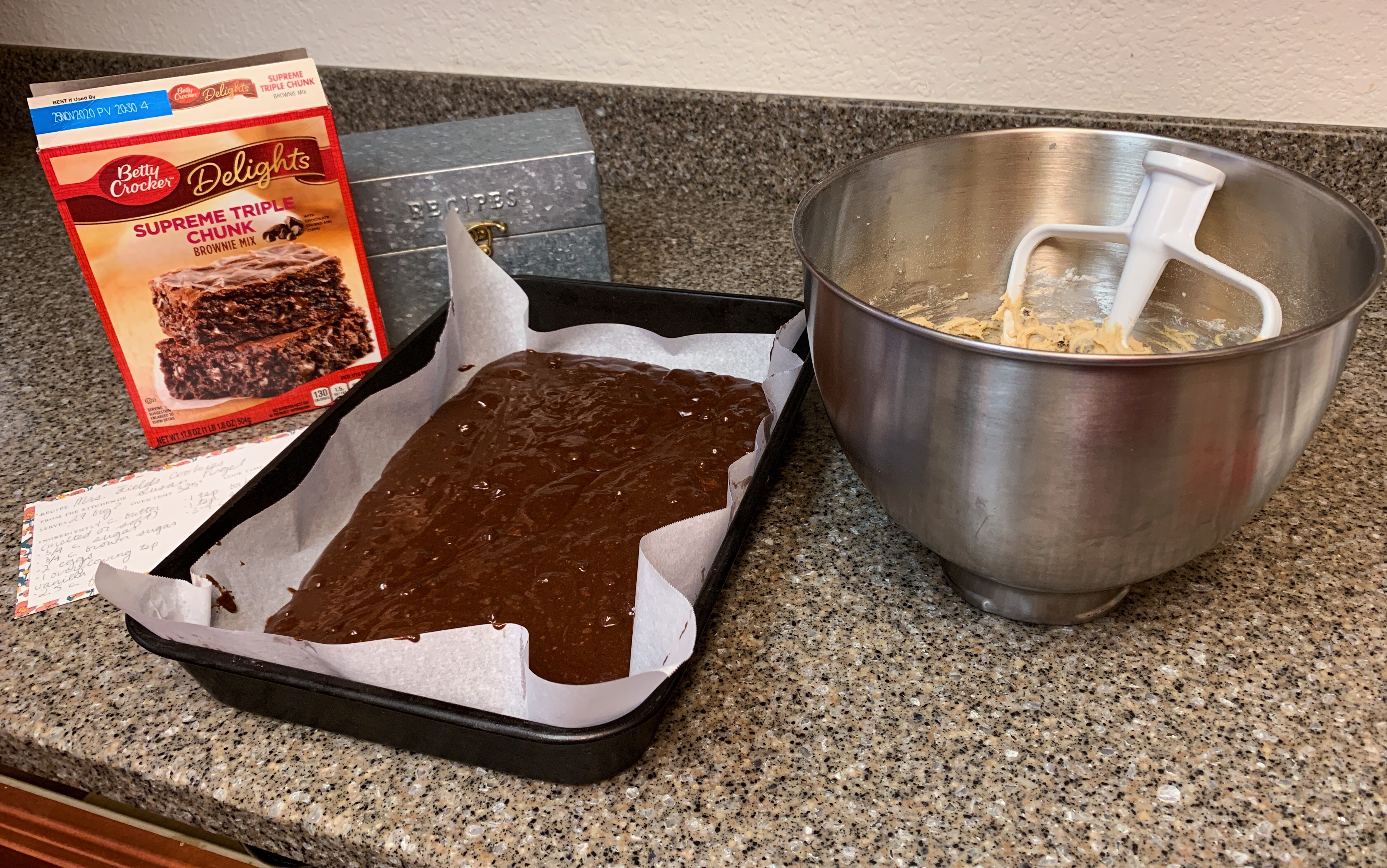 This perfect combination has a layer of chewy brownie topped with a layer of chocolate chip cookie. It is super yummy and a great dessert after a long stressful week. Plus you get two bowls to lick batter and dough from! These brookies are super easy to make and go great with a glass of milk. 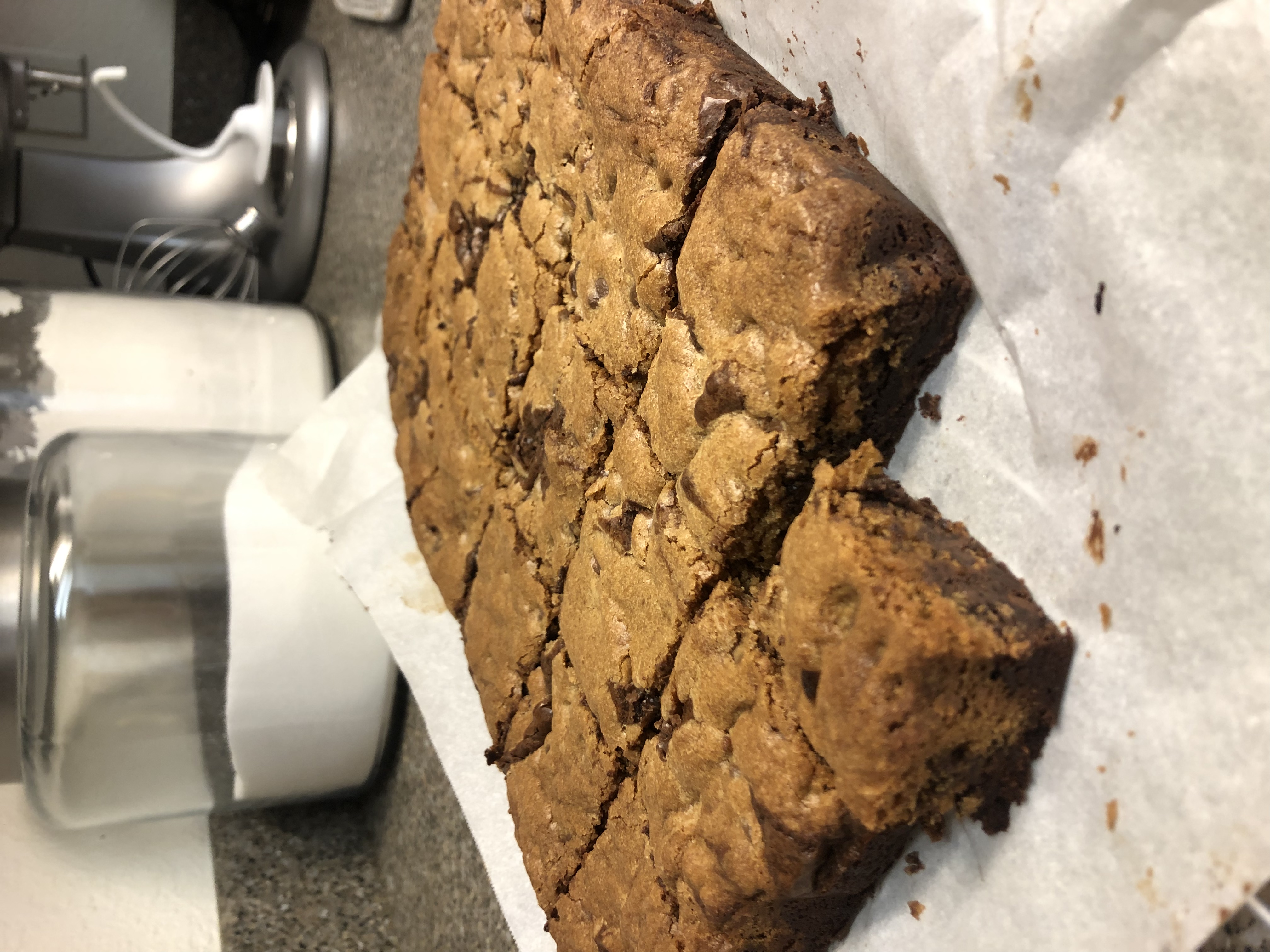 I first began by making the chocolate chip cookie dough. It’s a basic recipe but before making it a realized I was out of vanilla. When I got to the store, the prices of vanilla extract seemed to come right off the shelf and slapped me in the face. I ended up buying vanilla flavor instead of vanilla extract because it was a much better price. I told my mom and she explained that there’s definitely a difference when baking with them so I now have vanilla extract on the way in the mail from her :). Anyway I used the vanilla flavor to substitute and decided it would do for the day.

I also didn’t have enough white sugar so I added in extra brown sugar. 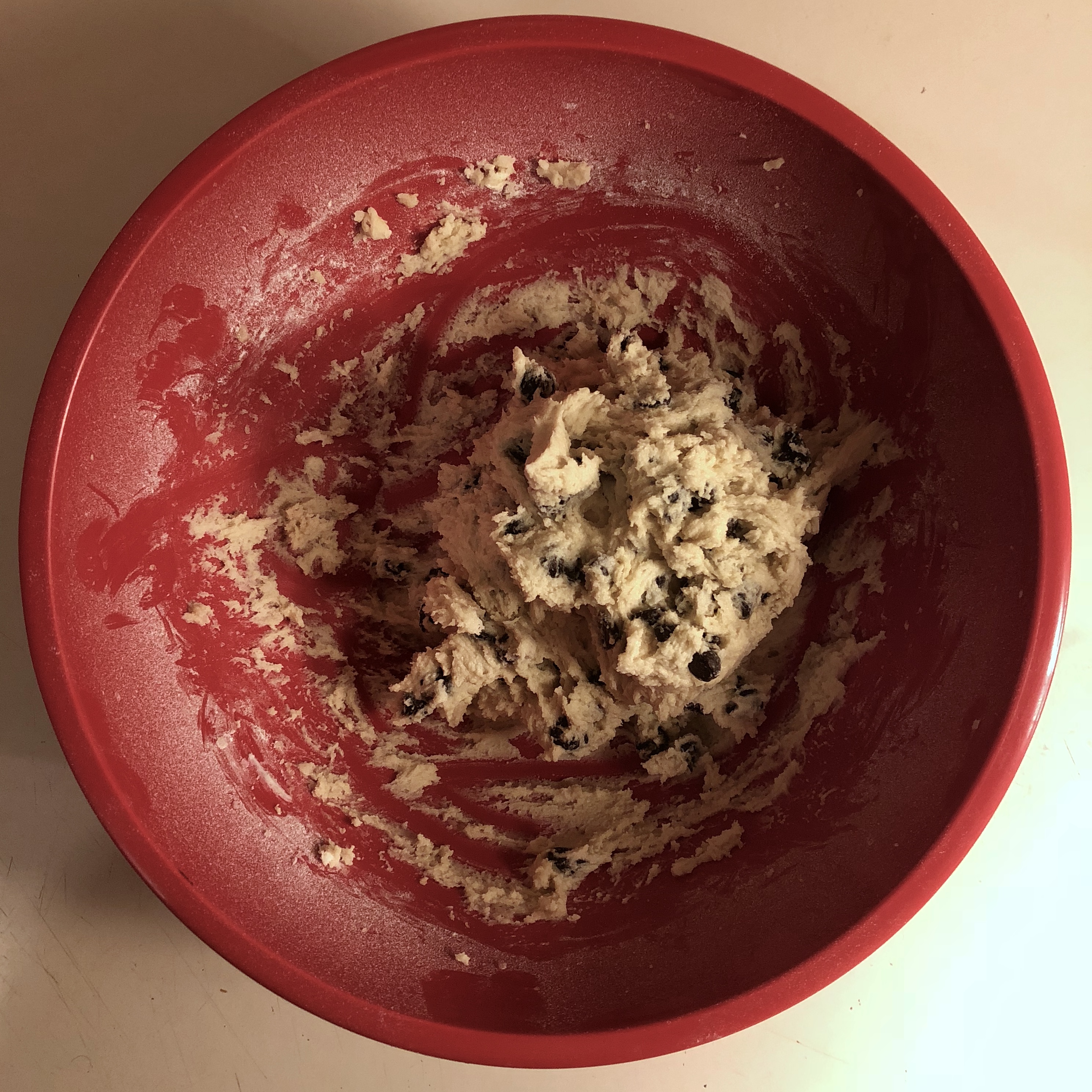 Once the cookie dough was made, I threw it in the fridge until I was going to use it later. The recipe I found for these used a boxed brownie mix. I do love to make everything homemade but the brownie mix made my life so much easier especially after a tiring week. I loved that the brownie mix also had chocolate chips in it. The batter was much thicker than I expected it to be but I decided not to question it. 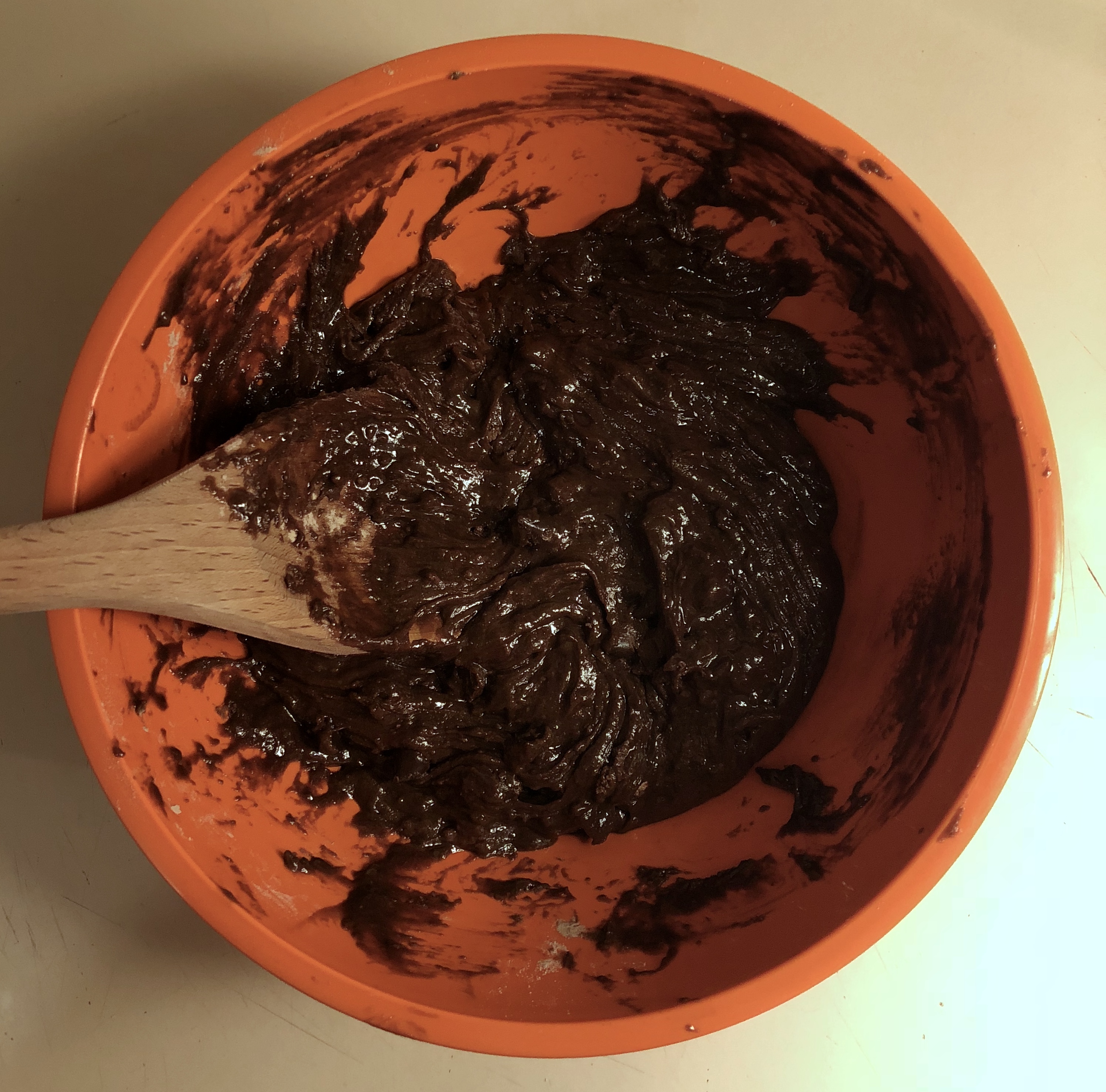 Once the dough and batter were made, I greased a 9×9 inch pan while the oven was preheating and evenly spread out the brownie batter to every corner. I then took small chunks of cookie dough at a time and flattened them out to lay over the batter. It doesn’t have to be perfect or fully covered but I tried to get as much area covered as I could. 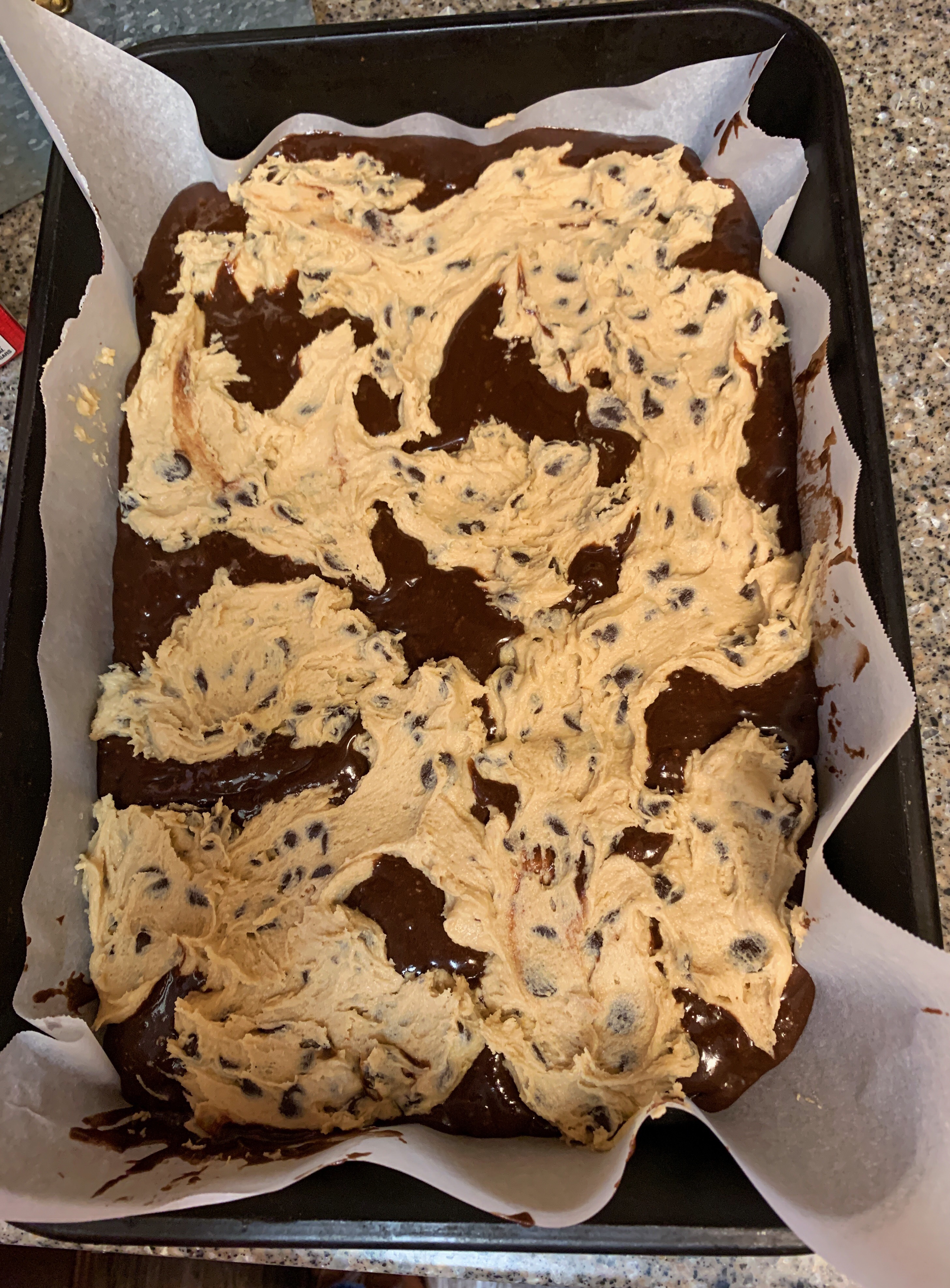 (9×9 works but the second time I made this I did a 9×13 pan). While trying not to eat too much of the dough, I put them in the oven. After the first 20 minutes, I did 10 minutes covered with aluminum foil to prevent the cookie from browning too fast. I then did the last 5 minutes uncovered and pulled them out to cool. 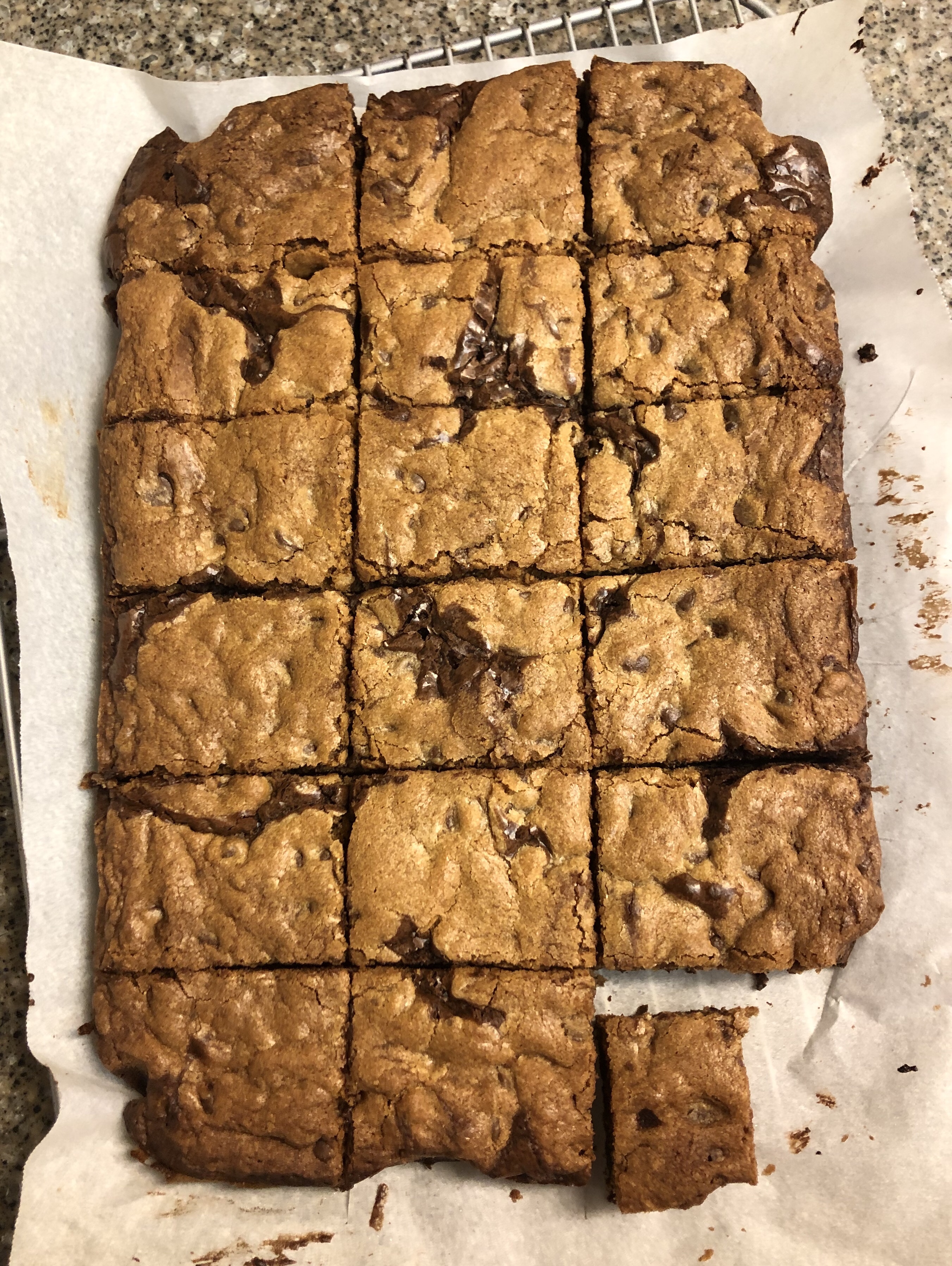 I forgot to get a picture of them in the pan after they were done because I was preoccupied with studying and then got too excited to cut it all up and try one. But I enjoyed making them (and eating them) and I hope you do too! 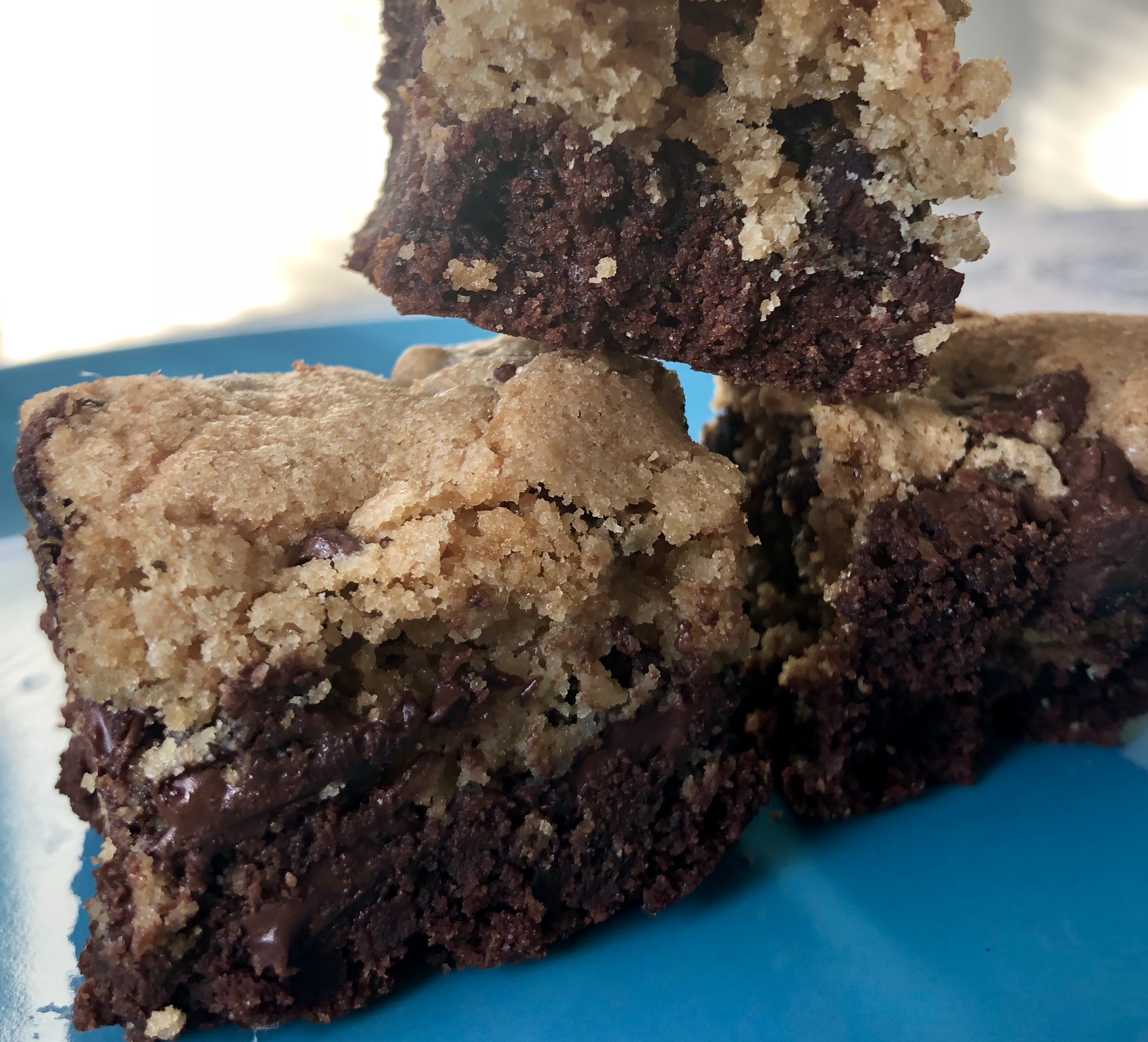 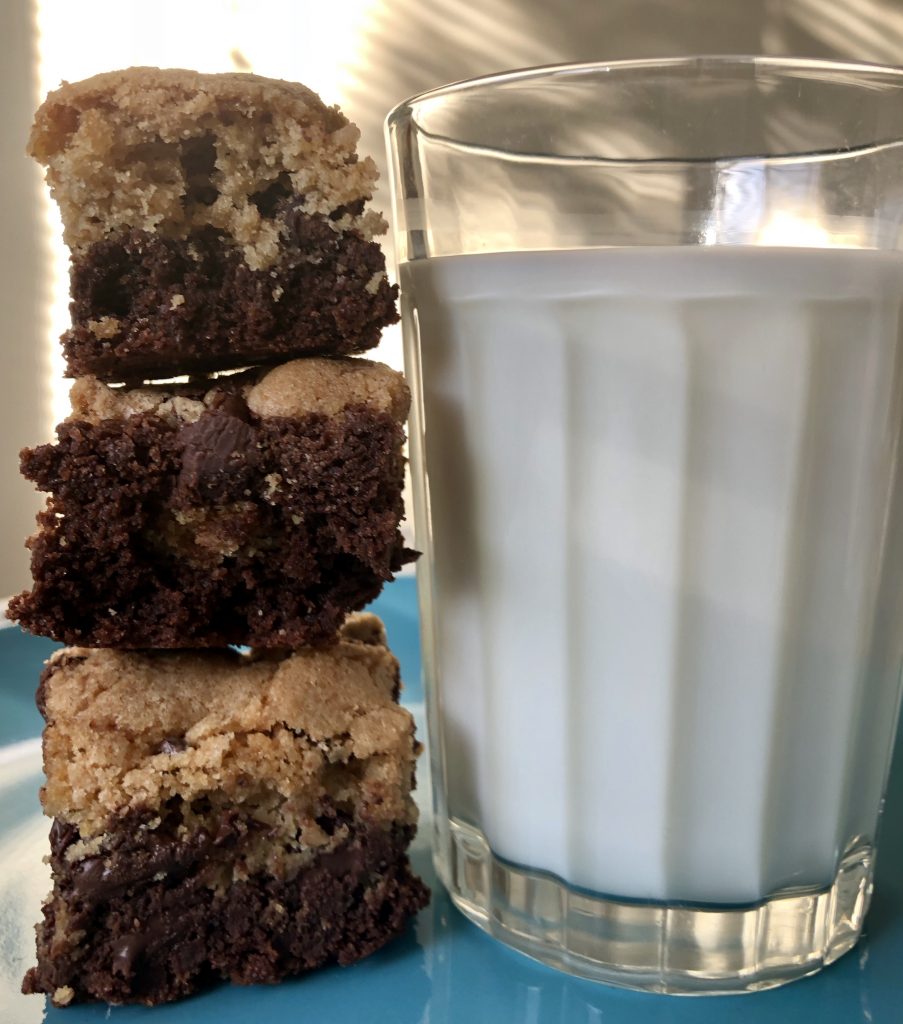